So, it's come round again, and this time more countries have tightened their azimuth and engaged their Dolby. We're on the official stock list for Germany, and again the UK, with nearly 100 copies of Bleak House's "Music From The Middle Room".

Confirmed stockists for this year:

Here's what you could buy for around £5: 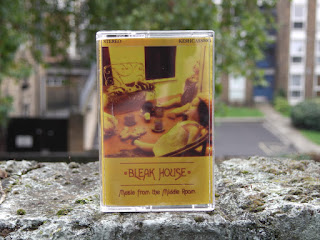 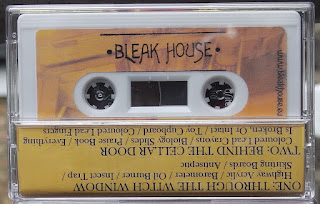 Kesh-chums! Would you like to see Keshco put on a psychedelic show, in a library? Well, for one night only, you can do just that: 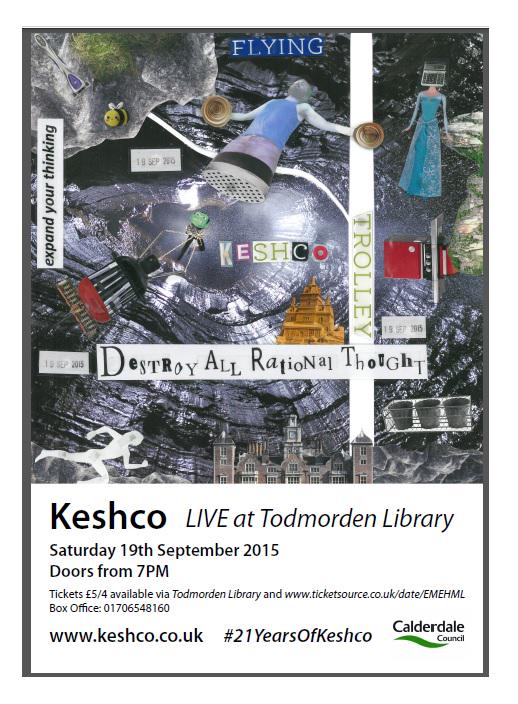 As it says on the poster ably designed by Bob Art Models, we'll be playing as part of a mini-festival of psychedelia entitled Destroy All Rational Thought. The set should be rather lavish - we're aiming to put on a feast for the eyes, ears and mouth. The Keshco performance is on Saturday 19th September, with doors from 7pm, films (including a new 10 min band biography) from 7.30pm, and music starting at 8pm. We should be on stage for about 75 min.

Tickets are £4 in advance, or £5 on the door. You can buy tickets here: www.ticketsource.co.uk/date/EMEHML, or in person via: 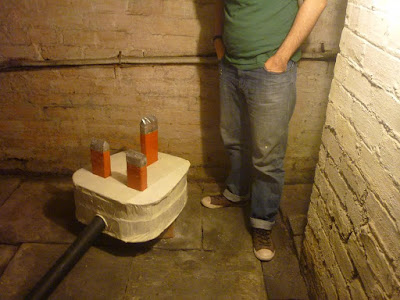 Posted by Andy Brain at 2:05 pm No comments:

Five lessons to learn from our gig successes

Yes, amazingly, there have been a few. Occasionally, just occasionally, we've felt the good vibes of the audience, the good vibrations from well-mixed speakers, and come off stage happy with our performance. With luck some of these thoughts will be useful for your own endeavours.

Most of our best gigs have been home concerts (Vombat Radio 2009, Beware! Vision 2013), where we've sat on the floor with our instruments and pedals around us. For me, there's a palpable relief in not standing in front of strangers, not being wedged into awkward shapes by silly stage set-ups, not racing through songs to meet timeslots. Home performances can be relaxed, but crucially everyone must have limbered up properly first (do those vocal warm-ups!), and especially, practised any difficult parts of the set. Having a run of gigs helps with this. Of course, a typical multi-band gig isn't as relaxed as a home performance, so think in advance about how to make your set-up easier and the conditions comfortable.

I also think there's a correlation in what food and drink you load your body with. Ideally I would avoid junk beforehand, and eat long enough in advance to get any gaseous emissions out of the way. It should be something that won't give an inopportune energy crash, so no chocolate, no sweets, no crisps, no coffee.

2. Tailor your performance (within the confines of what you've practised)

At a Bethnal Green Working Men's Club gig at an arts and crafts night in 2011, our best part of the set was when we stopped the complicated songs for a bit and just got into an extended instrumental groove. People's attention was on their artistic creation and having a chat with their friends, so we played up to that with soundtrack music.

3. Well-thought-out extras do enhance a gig (but maybe only with extra hands)

Of the artistic or comedy moments we've added to gigs, ones that have worked have included projections, e.g. Bleak House at Imperial College in 2004, when we brought our own screen and, crucially, projectionist. Because Bob would often be involved in costume/art moments, it would be vital that Luke fill in with something musically interesting, to keep the less tomfoolery-inclined audience members focused.

4. Practice getting the song across on different set-ups

Bob's drum kit has rarely been the same for any two gigs. Over the years he's learned to adapt to whatever combination is there. Likewise, several of my lyrics have been updated in order to improve a song or keep it relevant. The Climate Dance was written in 2001, then rewritten for 2011 and 2013.

If you're on stage and unhappy to be there, it shows. Whilst most small gigs are crappy, poorly-mixed, sullen-audience-made-up-of-other-bands environments, pick out the most responsive person in the audience, perform for them, and feed off any positive emotion you can grab. Forget the money hassles for the duration of the set. And always, aim to move on from those types of gigs as quickly as possible in order to put on your own show.
Posted by Andy Brain at 11:16 am No comments: